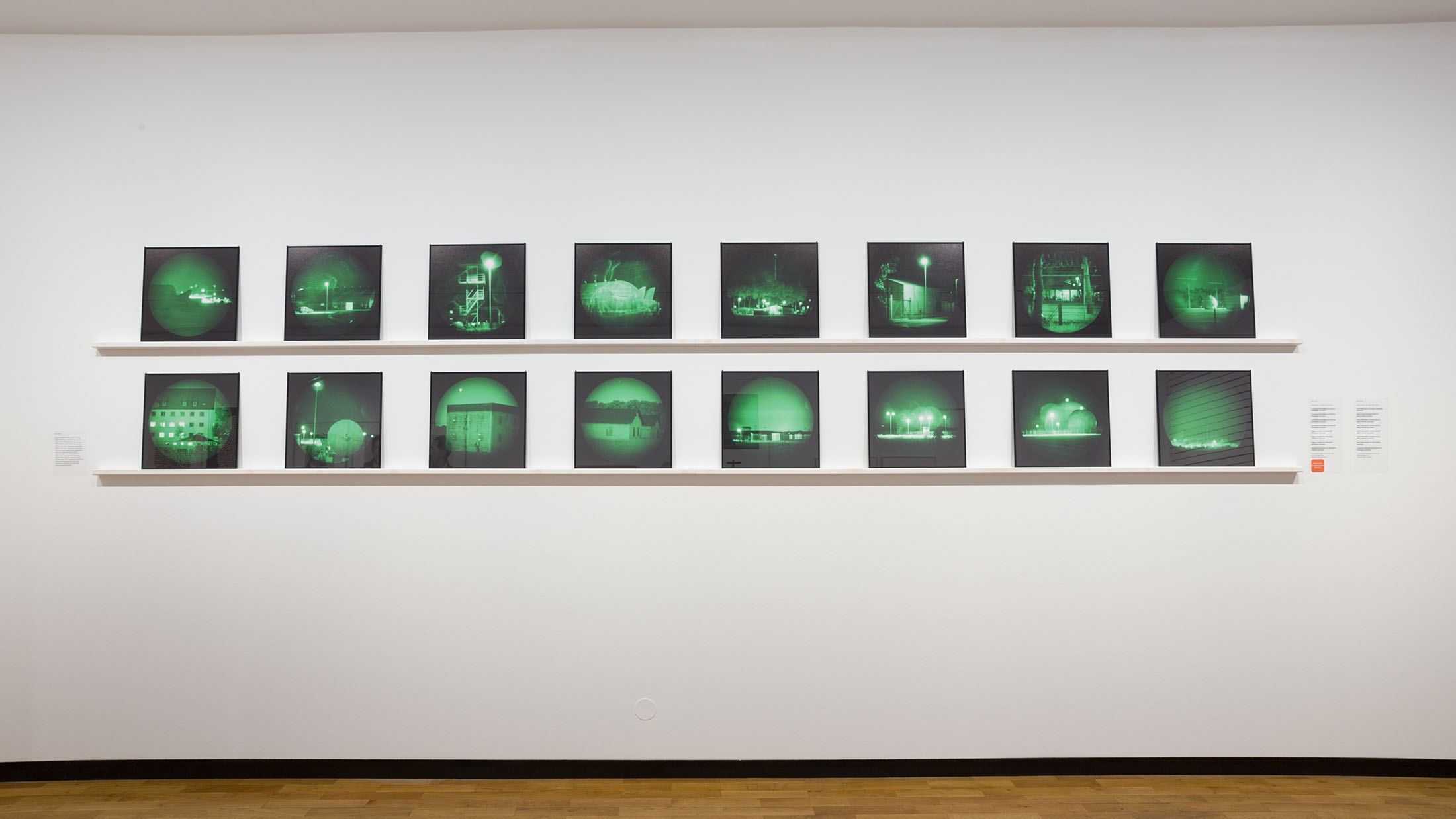 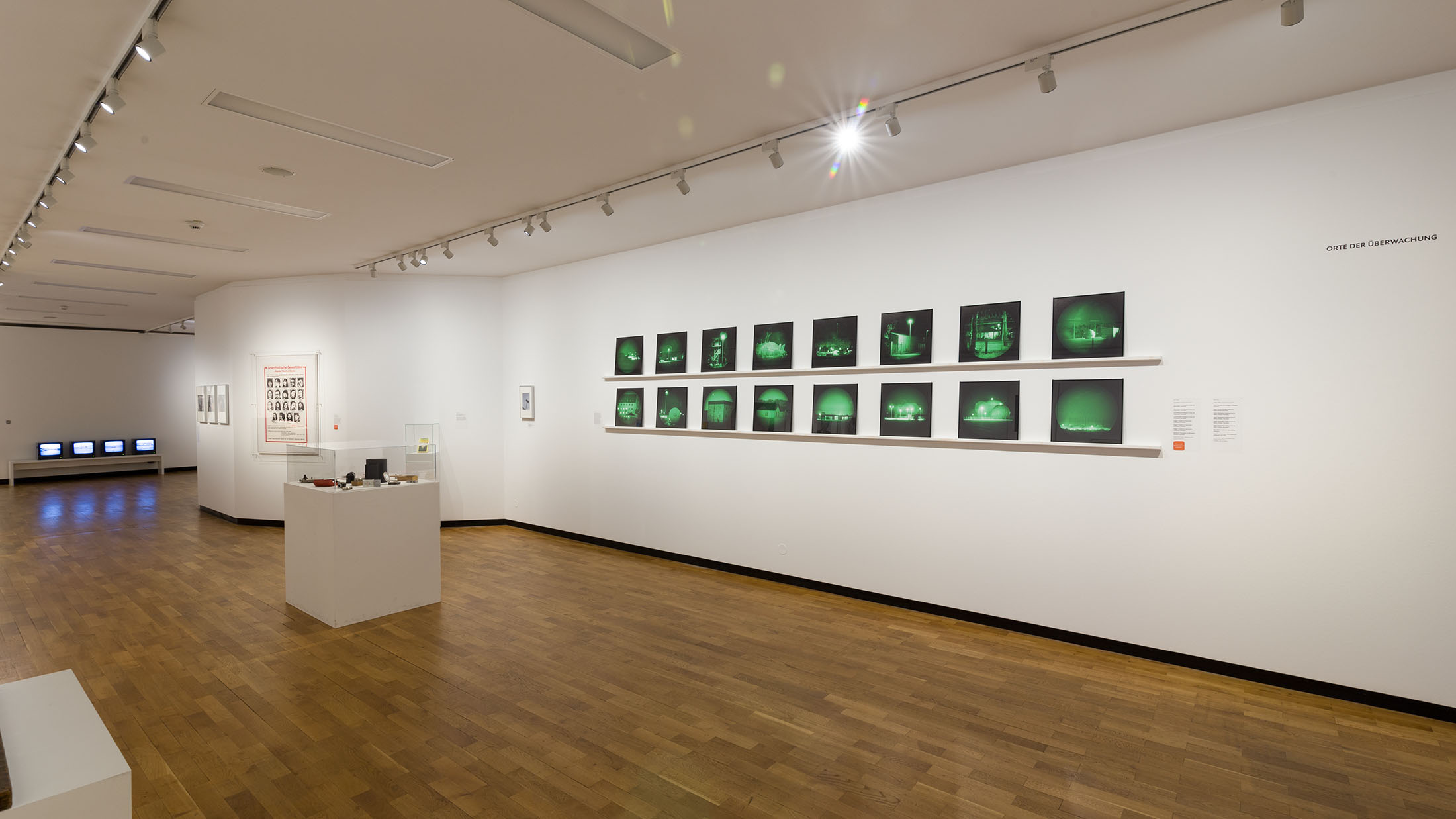 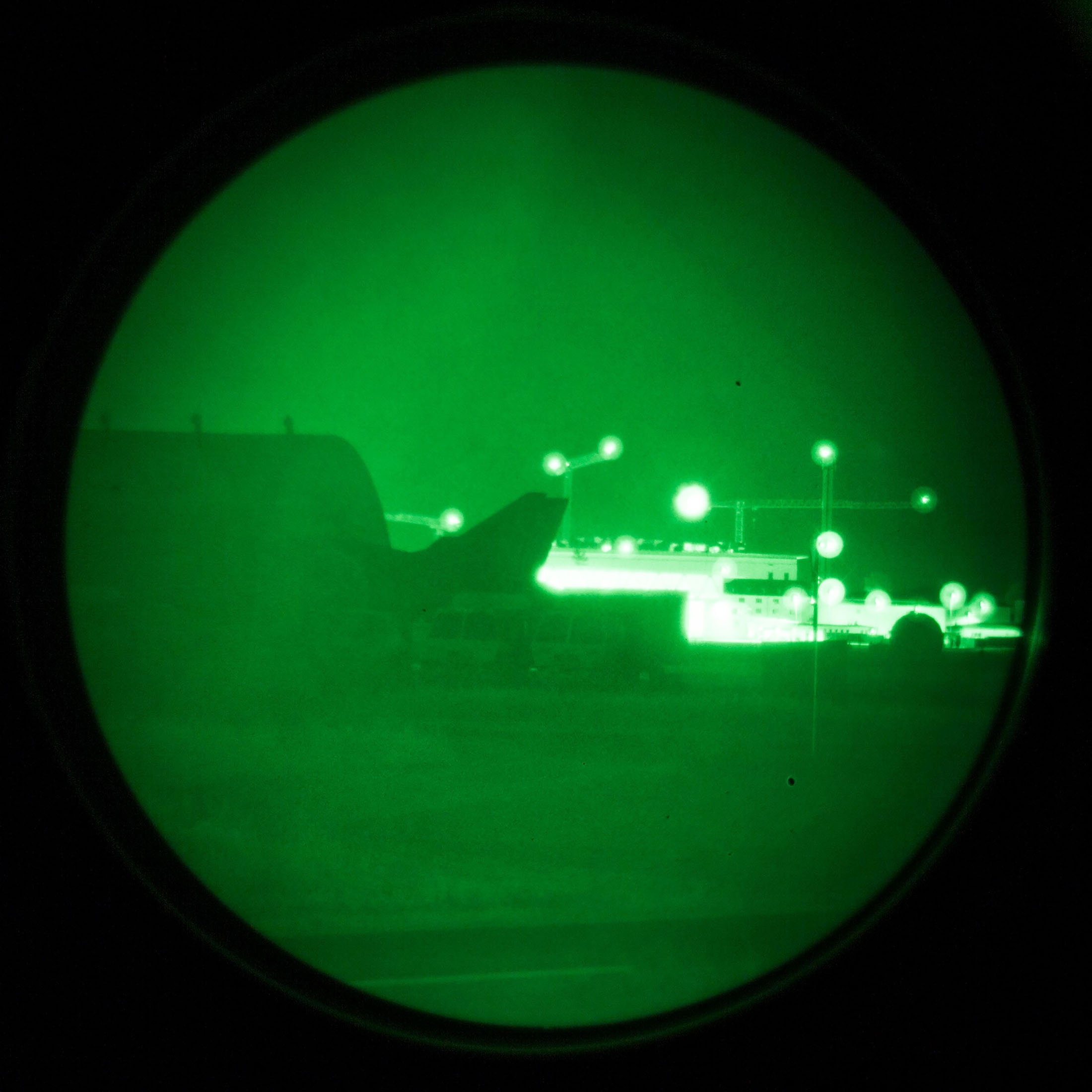 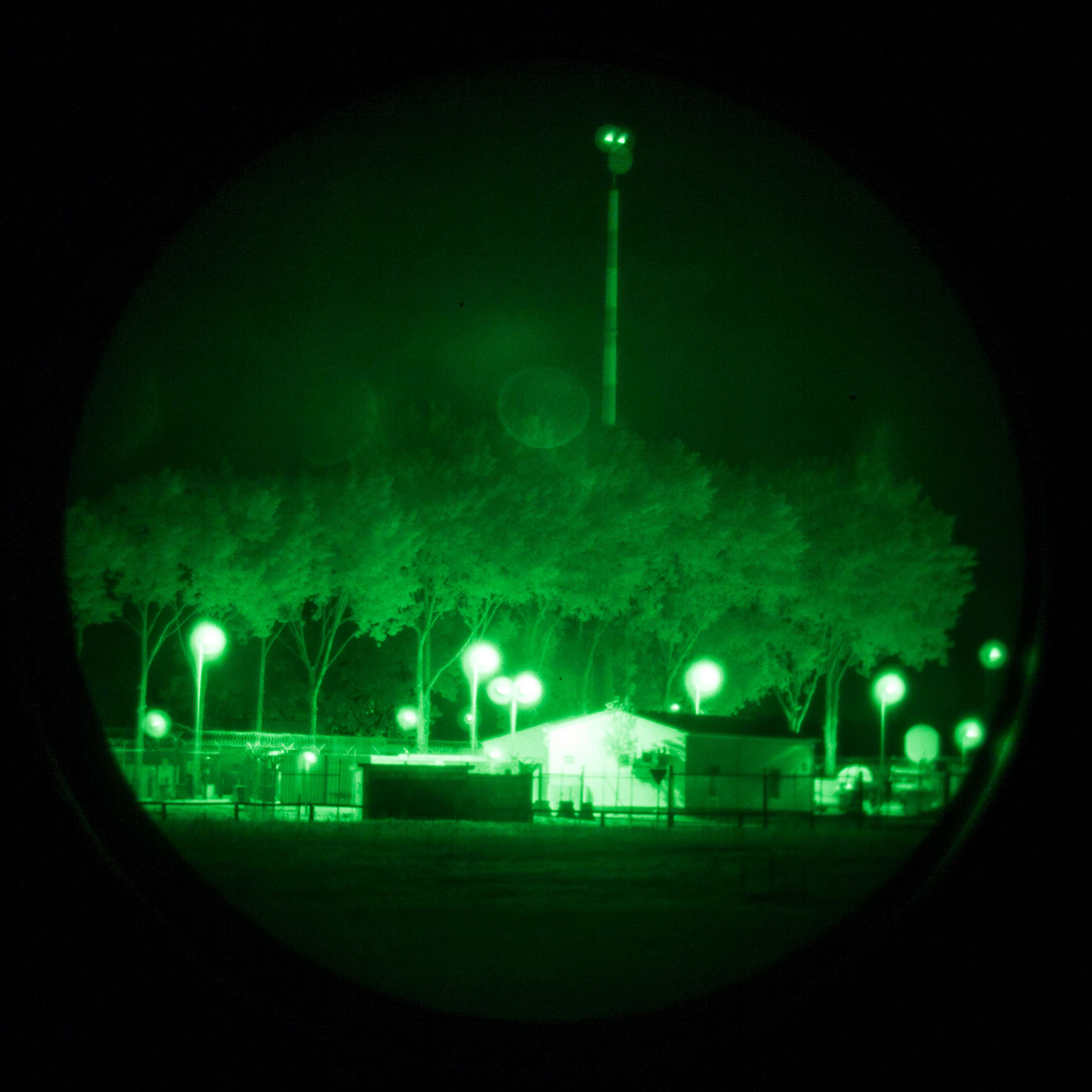 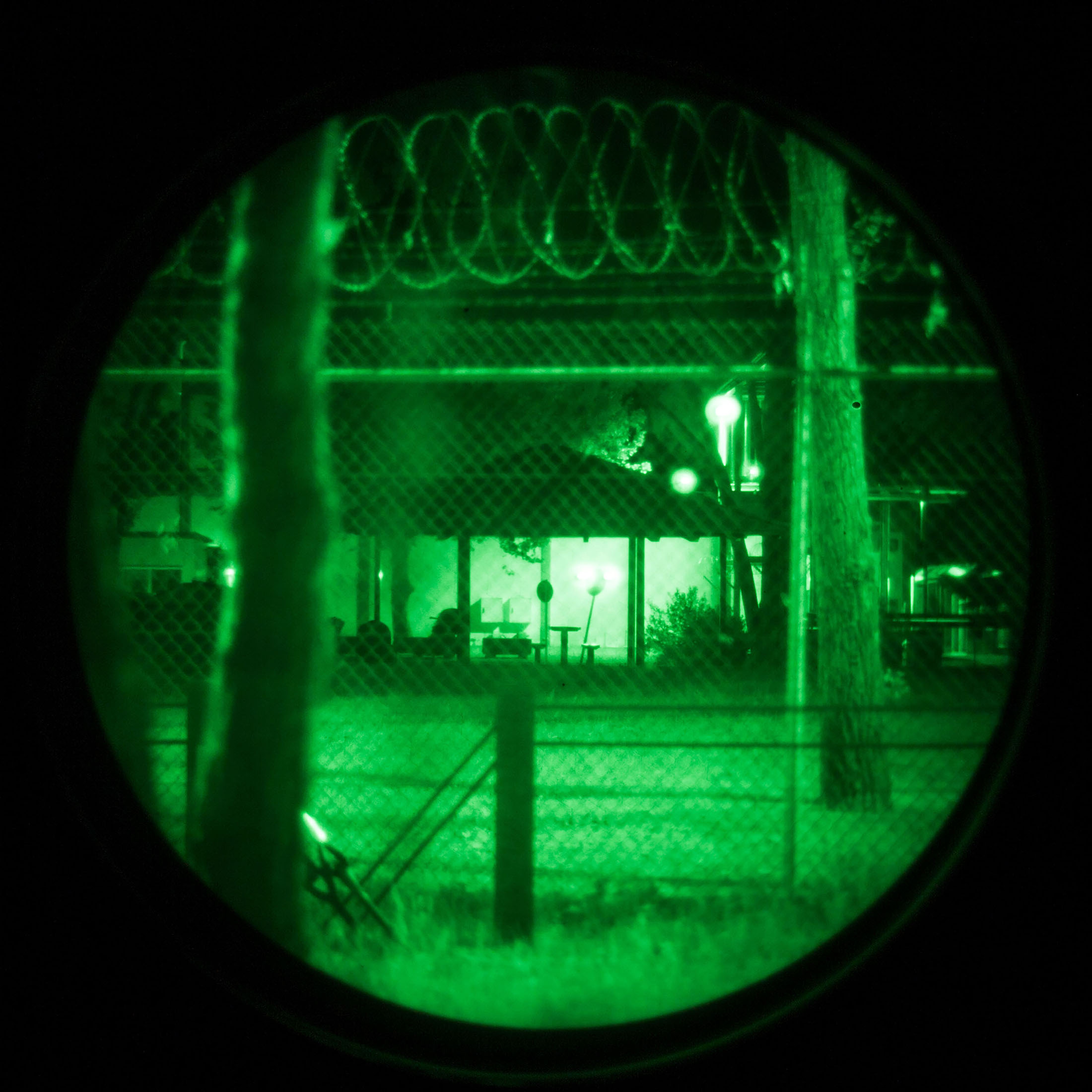 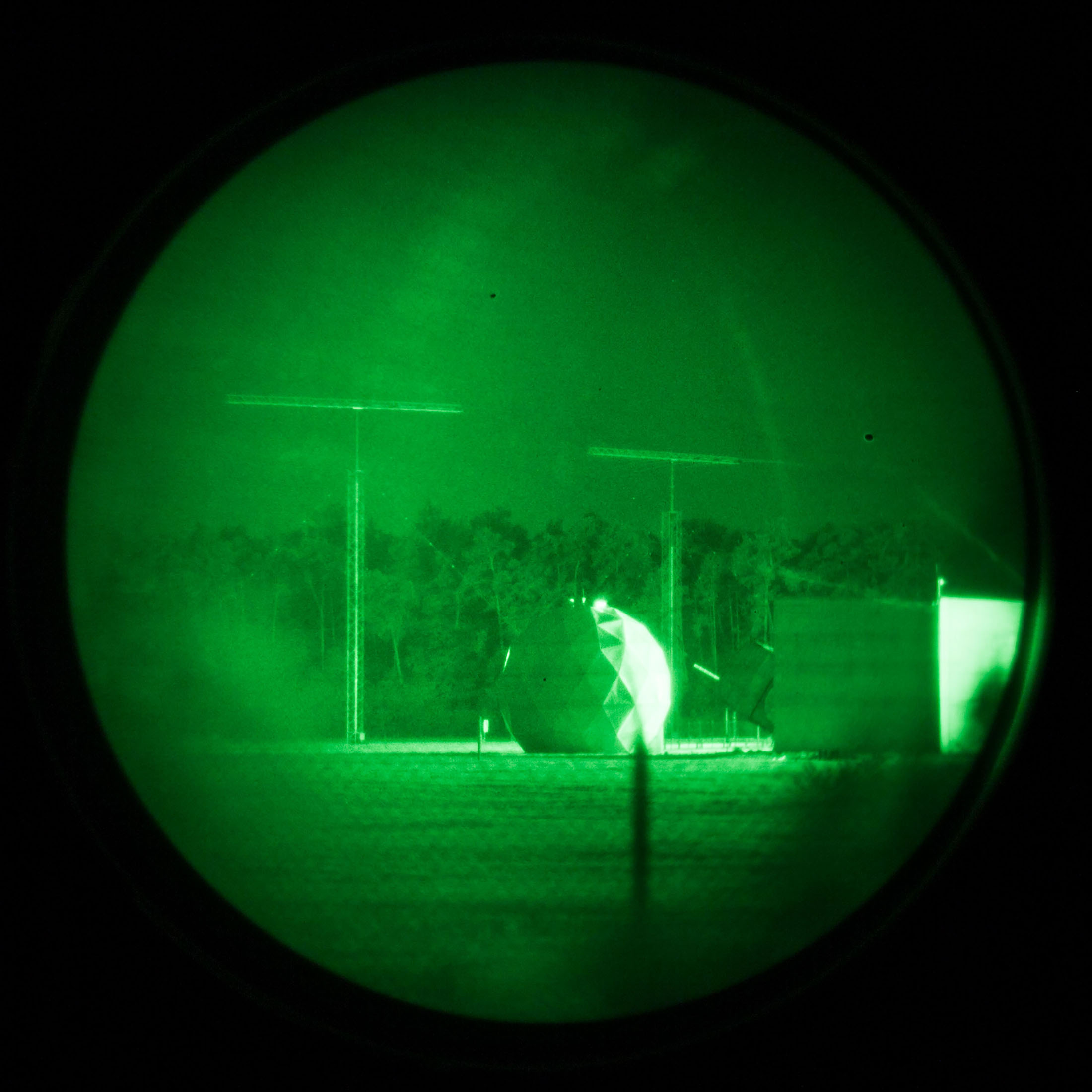 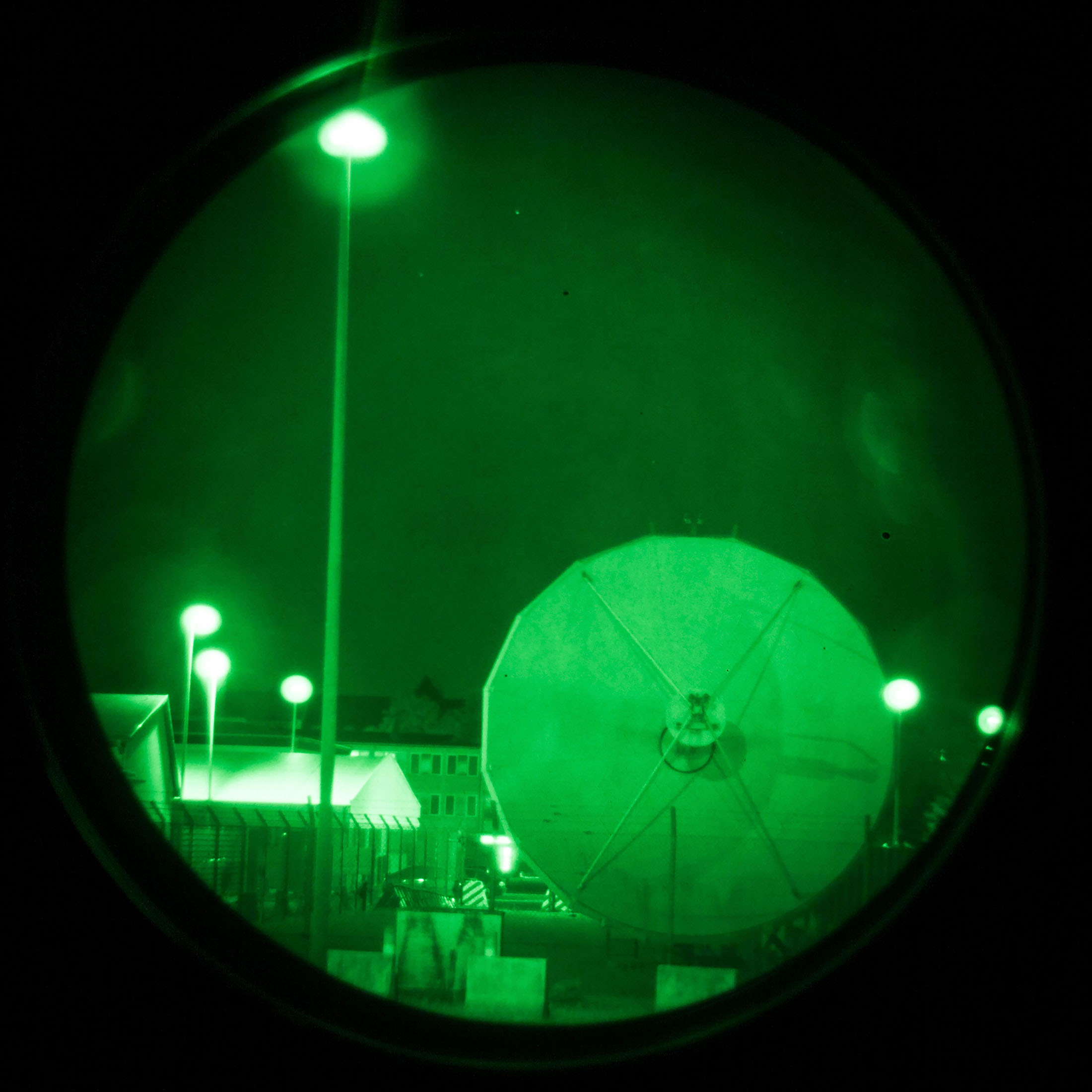 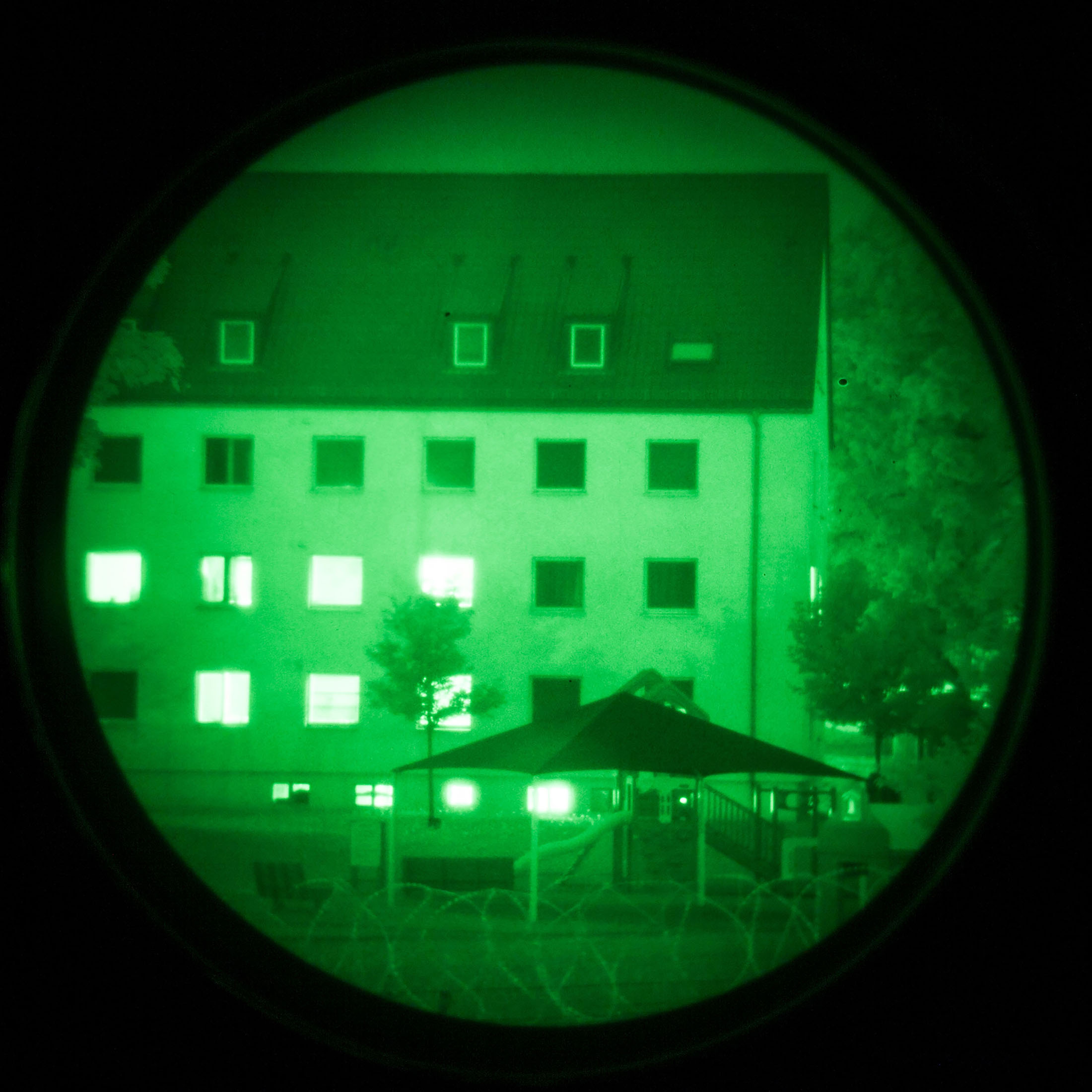 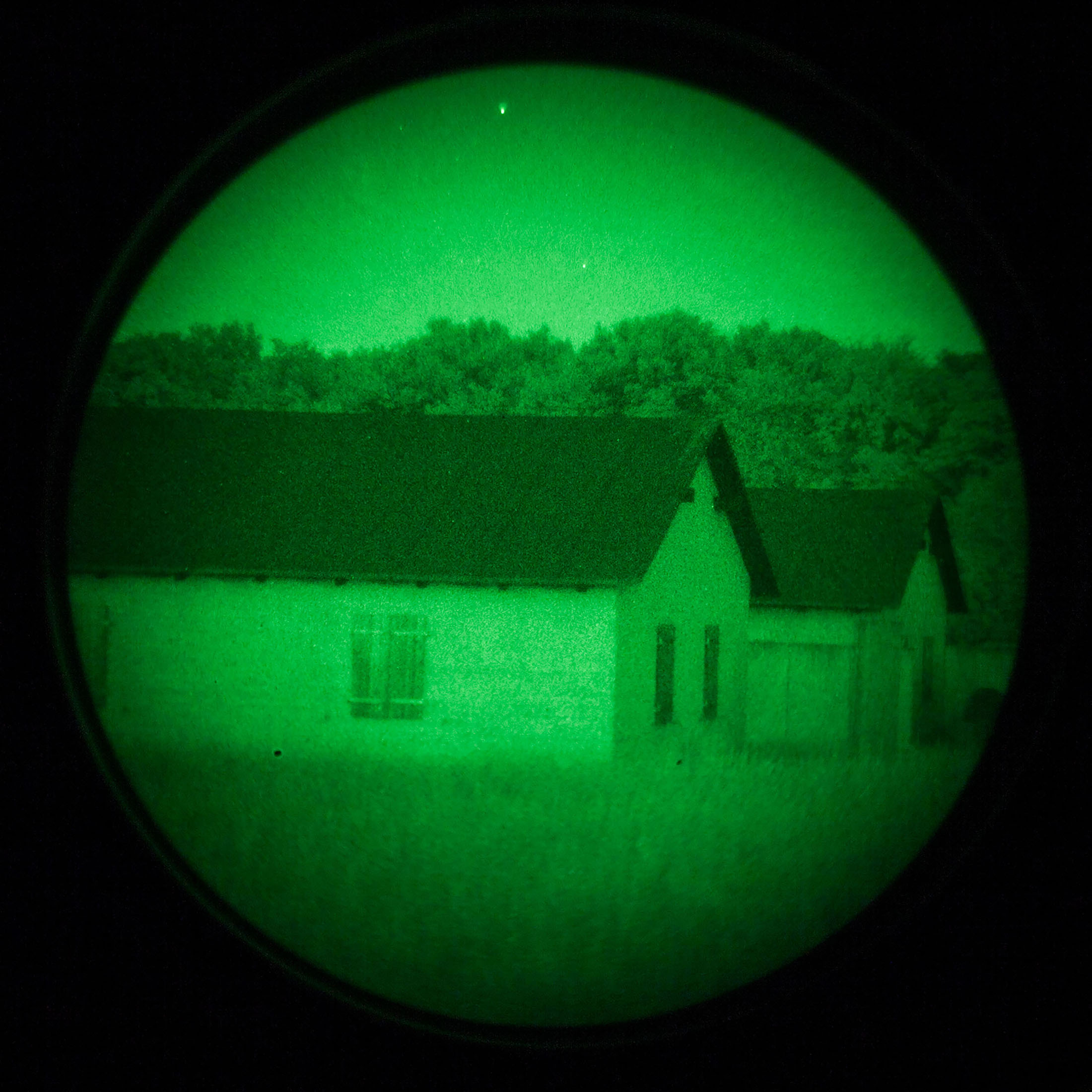 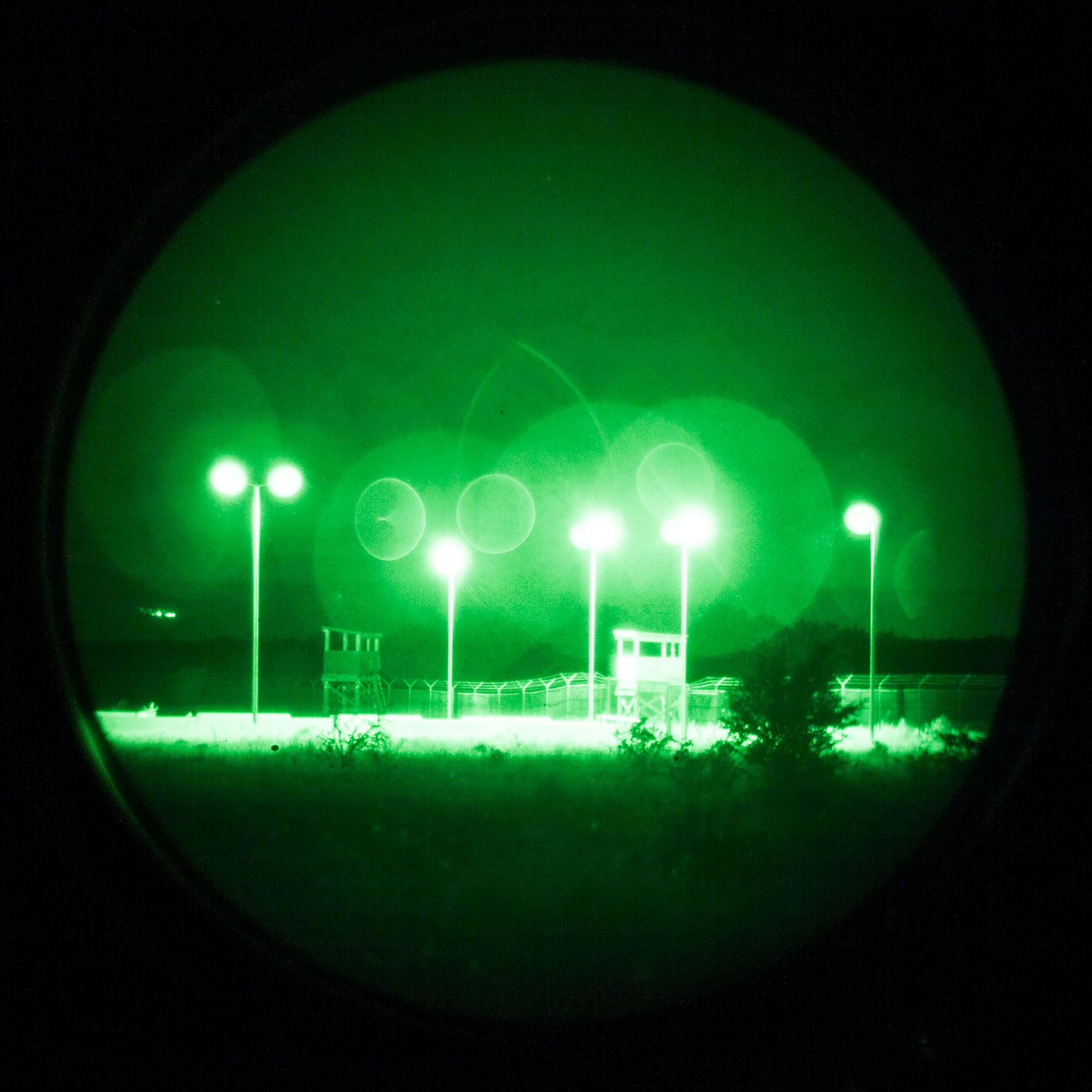 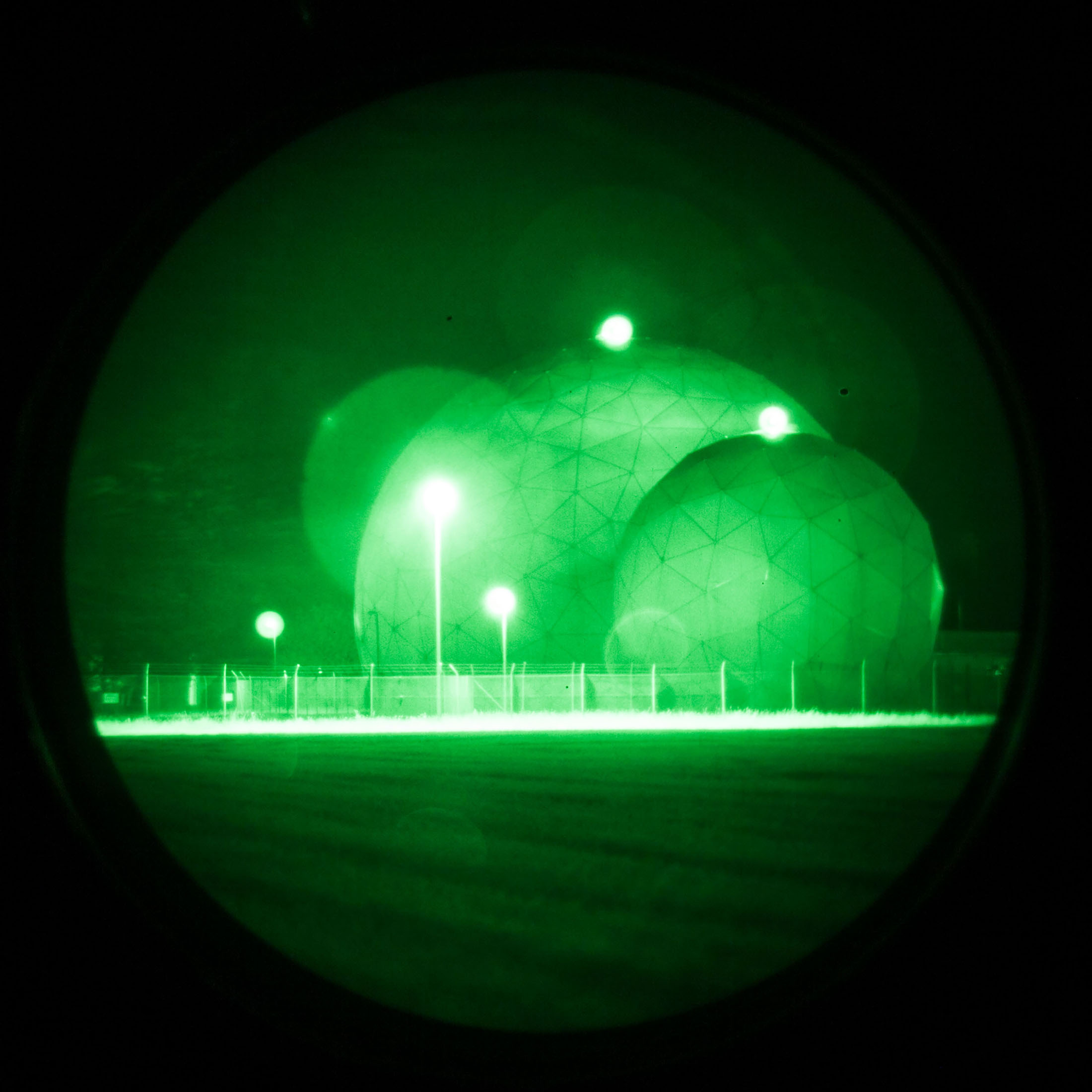 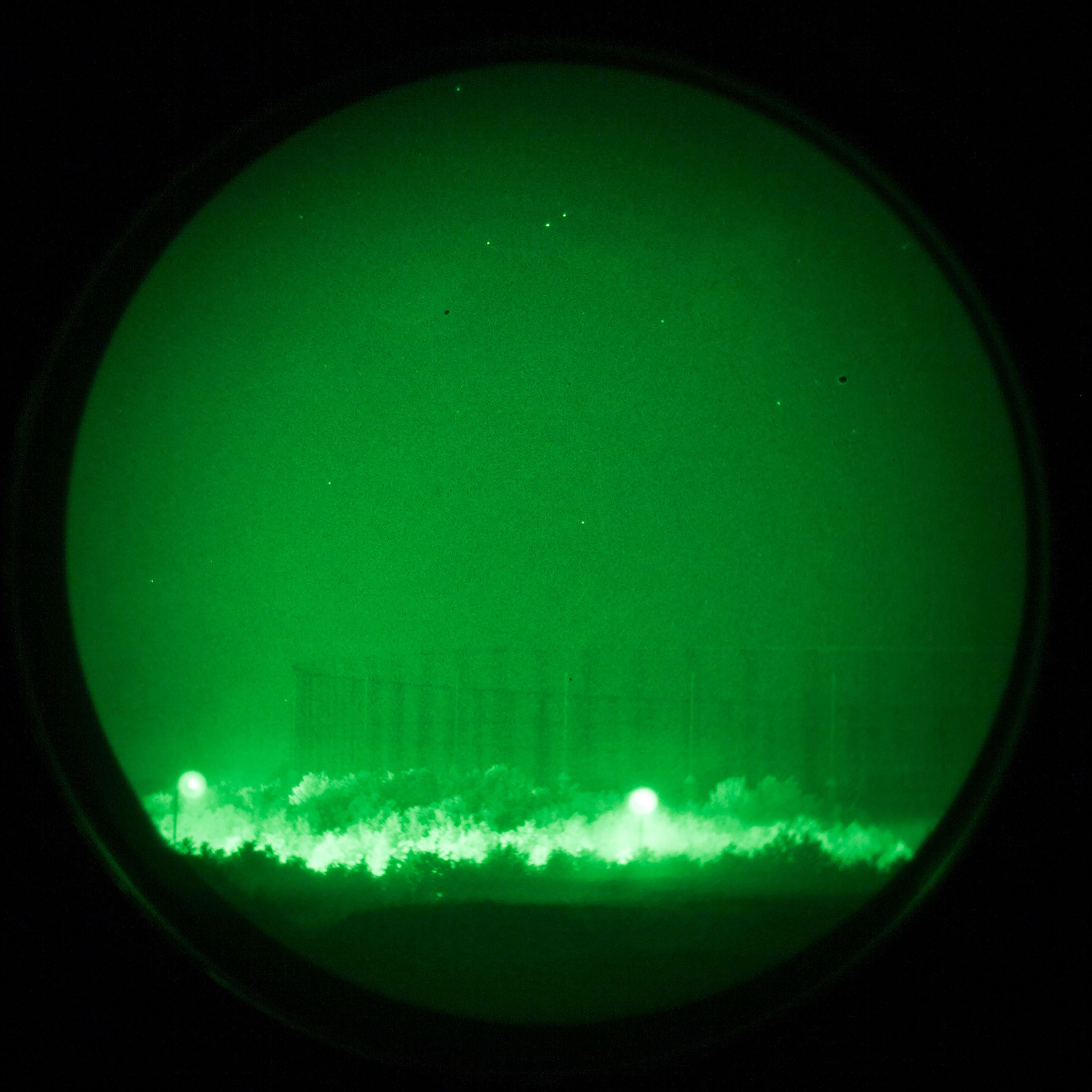 Access to the parallel world seen in Max Eicke’s New Landscapes was provided by night viewing cameras. The no-go areas blocked by high fences and razor wire give little evidence of being top secret territory occupied by American intelligence services, a hot spot in southwestern Hesse not far from the Frankfurt data highway and the big Rhine-Main Airport. The U.S. military community at Wiesbaden is also home to the 66th Military Intelligence Brigade and the 485th Intelligence Squadron. Thanks to intensive research, Eicke also identified similar intelligence bases at nearly a dozen sites between Main-Kastell and Bad Aibling. His camera, equipped with residual light amplification, provided circular images of bizarre special zones—radar sites with parabolic antennas and geodetic domes, hangars, bunkers and barracks. Eicke suffuses the centres of digital espionage (by friend and foe alike, as we now know) in a nocturnal moss green, recalling peepholes and surveillance cameras. His provocative reversal of surveillance while photographing earned him several interrogations on the part of the military police. What might have been just as well documented by a normal camera, is raised by sophisticated simulation into a metaphor for the threats of military, political and economic spying by the NSA in Germany. The New Landscapes series suggests expanding the concept of landscape by infrastructural systems and structures.